Back to the start - Gypsy's Adventures Part 1!

Da Loop is taking you back to where it all began!

Over the coming weeks we'll publish all of Gypsy's original adventures before breaking into new territory.

(Note, all Da Loop stock in the old adventures is no longer available for purchase.)

In the dark, Gypsy blinked. (This was challenging.)  Through her disheveled chestnut hair she could just make out the far side of the large bed.  The space between was empty.  She blinked again, and reached out her arm.  Yep… no-one there.  Specifically, no tall, dark, handsome man.  Her heart sunk, again.  Fighting back tears, Gypsy closed her eyes and tried to conjure up an image in her mind – of him standing next to the bed looking down at her fondly as she lay there, er… elegantly. 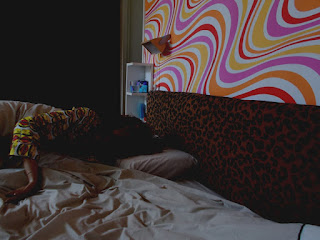 But Gypsy’s breath caught in her throat as she suddenly sensed a presence in the room.  Gee, either I’m getting very good at this visualisation stuff, or…
Gypsy’s thoughts were severed abruptly by the flash of a torch behind her, and she swung around in terror to see an imposing figure hovering menacingly next to the bed! 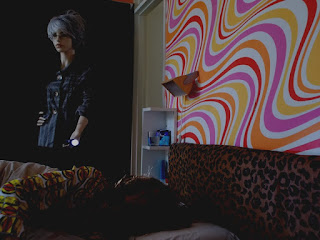 “Aaaaaieeeeeeee!!!!!” she screamed, and flung the bed covers toward her attacker.
“Eek!” uttered the figure, and the torch went flying. 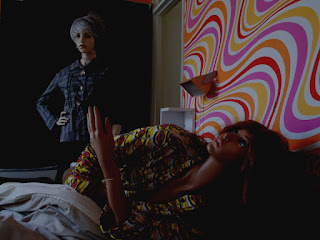 “MOTHER!! What are you DOING! It’s the MIDDLE of the NIGHT!!”
“Um, sorry about that, dear” said Gypsy’s startled mum.  “I was just on my way home from book club at Stephanie’s house and I thought I’d drop in and check on you.  I’ve been soooo worried about you, you know, mooning about day and night in those ridiculous pyjamas looking all ‘woe is me’ since HE left. I wanted to make sure you were alright.  It’s not healthy, Geraldine, to lock yourself away like this.” 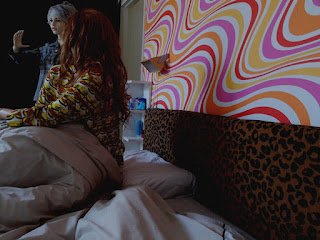 Gypsy sighed. “Mum, you can say HIS name.  Traeger.  Yes, yes, I know you thought his name was girlie and you’re probably quite relieved he is no longer around , just so you never have to say or spell it again… hey, and by the way, these aren’t ridiculous pyjamas – they’re Peter Alexander and probably as ‘up there’ as the stuff in your wardrobe, so just watch it before you go slamming my style!”

“Yes, well, er… maybe I’ll leave you to your beauty sleep then” said Gypsy’s Mum as she attempted a quick exit before receiving any more of a blasting.
“Well, I’m hardly going to sleep now, am I?!” Gypsy pointed out, and hit the switch on her bedside light.  Come on – I’m happy to be delivered more motherly wisdom as long as it can be done over coffee!”
But can any further ‘motherly wisdom’ drag Gypsy from the depths of her jilted despair??  Find out next week… 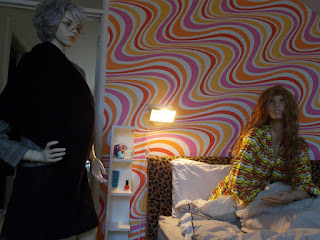 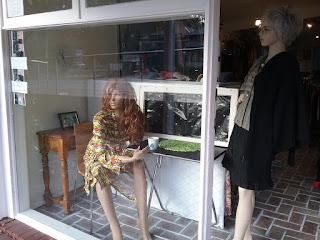